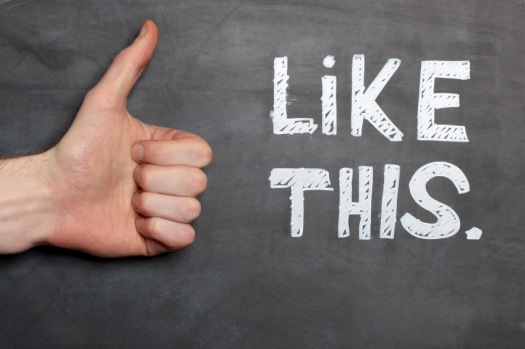 How do you make people care about what you’re doing? Do you have to? When we talk about brand engagement and going about our daily lives and sharing the experience on social media we assume we’re talking about two different things. Despite feeling as though you have to articulate the fact a brand isn’t as important as a person there’s an issue with brands becoming too impersonalised, too far from their people-driven roots and intentions.

Social media and networking platforms are meant to be about connection, but somehow it also makes it harder for people to connect. It isn’t because of the tool they’re using (i.e., don’t blame Twitter) but it’s the message. A lot of clients come to me with the perceived failure of social media campaigns. “What were you asking people?” I say to them. “Asking? We were telling people about what we’re doing”.

Social media platforms are just that; platforms. They’re not magic dust, they’re not a babel fish. They’re different channels and methods of talking to people, but they don’t replace anything, certainly the value and importance of understanding and audience and winning them over.

Let me give you a really easy example, the continuing post election self-flagellation the Labour Party continues to do. The faithful ruminate over why they lost touch with people. I am going to give you a really easy answer. They talked at people and didn’t listen. They shoved information out thinking a conversation was a one-way thing. It made it look like they thought what they were saying was more important than what we were thinking (they’re doing the same thing with the leadership contest, by the way). Guess what happened? People stopped listening.

Have you ever known someone who treats a conversation as a way of telling you what they’re doing, and seems to treat your parts in the conversation as a way to gather their thoughts before they speak again? Of course you have, we all have. The Labour Party are a really good example of how a failure in communication is repeated on social media. If your intrinsic message is built on telling people things and not listening then guess what happens? People switch off. Because you want to be heard, not talked at continually.

Social media is not canvassing. Unsurprising, in many ways, as this is a party that thinks talking to media editors is the same as talking to actual voters. Tweeting is not the same as engaging. Sending out a press release or having a drink with an editor is not the same as winning a voter over. You end up caring more about the vehicle you’re using to send the message out, rather than the message itself. That is where the Labour Party went wrong.

They are not alone. It is easy for a brand or individual to think that once they’ve sent out the tweet, the blog link or the Facebook update they can sit back and wait for the magic to happen. The magic is not going to happen.

This isn’t a social media manager or a PR denigrating the potential impact of either medium, but it is one reinforcing the limited ability of using one channel or method and assuming that’s you talking to your audience. If you have no knowledge or who you’re talking to, how they want to be talked to, or why they might be interested in you then chances are your communication might feel as though it’s in an echo chamber. Because that’s what it is, you’re developing the social media equivalent of a Google Bubble and you’re not being part of the conversation, you’re shouting (loudly) and hoping people walking past will stop and hear you. If people do that on the street we walk past them and pretend we haven’t seen them. Chances are that’s exactly what people are doing on your social media.