So by now you will have noticed that every picture that someone tweets is coming up in your timeline. It seems you can turn it off on your mobile version (see below) and it isn’t coming up on platforms like Tweetdeck and Hootsuite obviously but it is alive and well on the desktop version. I’ve looked and you can’t turn the images off on the desktop yet.

But is it something you want to turn off anyway? More images means more entertaining and engaging content, right? If we’re sharing ideas we don’t just want to use words – especially when we’ve got these fancy camera phones. Hmmm. One of the complaints I’ve seen today is that it’s making Twitter look like Facebook. I have to agree. I’m all for a range of content and as a Social Media Manager for several different brands I like to have a wide range of content, be that images, videos and audio as well as text. But this images are big and if you’re working of a laptop (mine is a 15” screen that I’m working on today) it takes a chunk of the feed out. Like a lot of people I dip in and out of Twitter through the day. I click on some image links but not all. Do I really want to see everything?

This democracy of images is a good thing in principle. Everyone’s content is shared equally. That doesn’t mean it’s all interesting. I’ve had real issues using a Windows Phone (although after it smashed on the pavement that’s a problem I won’t have for a while) where twitpic images come up automatically when you click on the tweet, but owlys don’t. It’s frustrating because I forget which ones work. Yet that doesn’t mean I want to see every single picture. Sorry, I get enough baby pictures on Facebook.

What is bugging me, I think, is that it gives a far higher profile to images on Twitter than I’m comfortable with – plus I can’t turn it off my desktop (choosing sensitive media might help, but it makes me feel like a very concerned Mail reader). Twitter works really well as a showcase of ideas and as those ideas are given equal prominence so should the manner in which they are communicated. Images are always going to pull you in more than text. And that gives them unfair prominence. Plus, and I’m sorry people I follow, you;re not all always that interesting. I don;t want to miss a nugget of information or a link to an article I’ll enjoy cos I’m too busy scrolling past images you’ve shared of your dinner.  I need control over this service, I need to be able to choose which pictures I can see, and I don’t just mean the porny ones.

I should just get over that. Let’s be honest Twitter isn’t going to remove this feature now. Yes they’ll tweak and turn their new images feature but nothing more than that. I’ll have to get used to it. (But if you do tweak it, please think about user control!)

What is more interesting, possibly, is what it means for those of us who curate feeds (yes I said curate, get over it). In the destination tourism feeds I look after images are always important as they show off a place, especially at this time of year when the colours are so lush. On Facebook it works really well because you have a lot of room in your feed – and the post is there for much longer, usually. How often, really, do you scroll the whole way down your Twitter feed to catch up on everything you’ve missed? You don’t, because it isn’t like Facebook in that respect. In that respect I think we’ll have to be really careful how many images we upload to any Twitter feed. A couple a day, tops, you don’t want to dominate someone’s feed. I know a lot of brands do want to do that but I think with this you have to be careful. Today it’s a novelty, tomorrow it’s normal by Friday it’s boring. If you become known as the brand that dominates your feed with boring images then guess what, people will unfollow. Or worse, ignore you.

You also have to use really good images. For photographers this is even more of an opportunity to get annoyed with the Brand Managers who rip your pictures of Flickr as often as they like to add colour to a feed (note to said Brand Managers, just find out their @, it takes two minutes). It’ll be nice to see a greater flip flop with Instagram and Pinterest as well. I like both of them and they don’t really get much of a look-in.

Colourful and creative content will be important if you have to stand out and it’ll have to be really eye-catching. If more and more images are scrolling down that feed on an hourly basis by Christmas we’ll be ignoring pictures just as often as we do blogposts.

By the by, thanks to @FeelingListless for pointing out the Report Tweet function is now active. Trolls (and ex-boyfriends) beware. 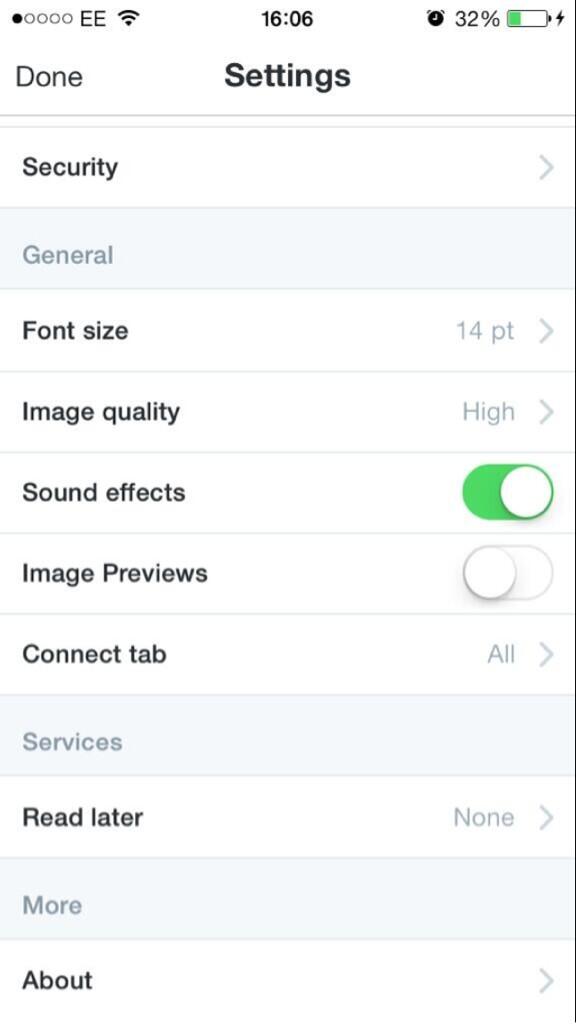